Who the Heck is ... Manny Banuelos? 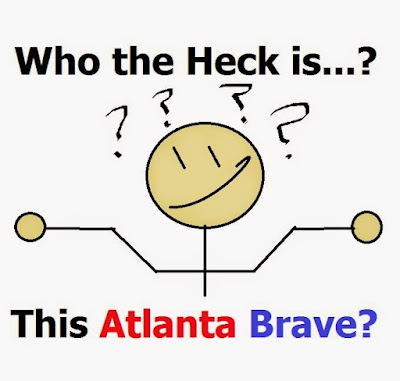 So Manny Banuelos will pitch his second game of his MLB career tonight against the Milwaukee Brewers. I thought, what better time to give you some background on our newest starter!

Manny was originally signed by the Yankees out of the Mexican leagues back in 2008 when he was all of 17 years old. He stayed in the minor leagues of the Yankees organization for six years while slowly advancing up the ranks. Early on in his career, Manny was known for his overpowering strikeout stuff in the mid-90s to complement a changeup and a curve. In fact, Mariano Rivera once said that Manny Banuelos was the best pitching prospect he had ever seen. High praise from the most dominant closer in the game.

However, in 2012 Banuelos underwent Tommy John surgery, joining ranks with most of the young prospects that the Braves made trades for at the beginning of 2015. When he joined the Braves organization, he spent 15 games down at AAA with a 2.29 ERA, a 6-2 record, and 69 strikeouts in 89 innings. That's really freaking impressive, but it comes with a downside. He was walking people at a clip of 4.1 per 9 innings. That's well below what an average pitcher would put up, which is usually just over 3 walks per 9 IP. So while he had some control issues, he certainly had the stuff to dominate as long as he kept the runners in check.

In his first game at the MLB level with the Braves, you got to see what made Manny great. He went 5.2 innings and struck out 7 batters, allowing only 2 hits, no runs, and importantly no walks. That's ridiculously impressive for an MLB debut, but it's also likely an anomaly that happens when a young pitcher with no real MLB film on him faces a lineup of hitters that have never seen him. The stats will tell you that when Manny gets in trouble he will walk some people, and eventually the hitters will see what makes him tick. What we can hope is that he adjusts back to them quickly, and uses the knowledge of a veteran guy like AJ Pierzynski to create a good gameplan.

All in all, I'm excited to watch a guy like Banuelos pitch, because he has so much upside and really nasty breaking stuff. If he continues to improve at the MLB level, you're looking at a guy with potentially no ceiling. But he has to stay mentally sharp and physically healthy, and that's always been an issue with this newest crop of young pitchers. One can hope that he's learned how to pitch now after his first surgery and will listen to the wisdom that Roger McDowell can provide for all his plus pitches.

I can't wait to see how he pans out. That's part of what makes this new Braves season so exciting.