Braves face off with Mets in home opener series 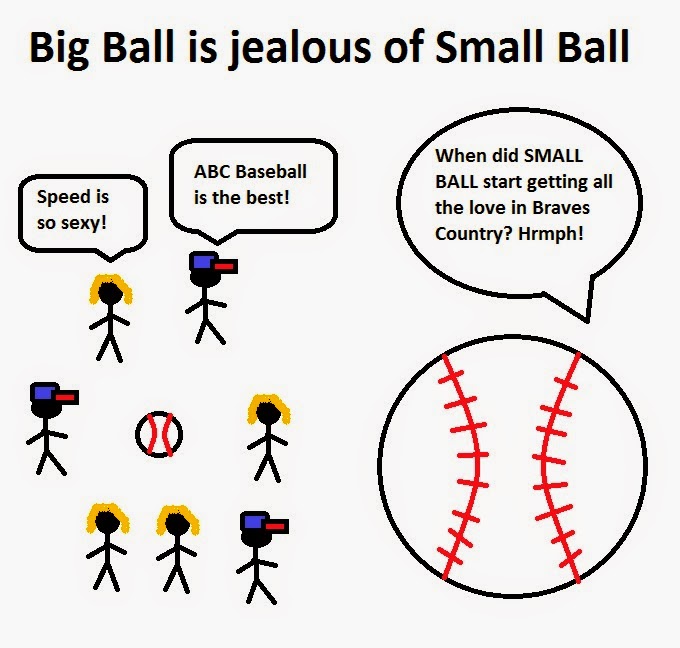 Meet the Mets, Greet the Mets, step right up and BEAT the Mets! Bring the kiddies, bring the wife, guaranteed to have the time of your life!

Your NL East first place Atlanta Braves (I'm riding this horse until it falls over dead in the south Georgia heat), will take on the New York Mets on Friday-Sunday for their home opening series. And they'll do it with their unique brand of pitching and small ball that won the series against the Marlins. I can't really ask for a better opponent to start with at home or a better draw since we are missing two of the Mets key hurlers, so let's take a look at the projected matchups:

Game one features Stults as one of the new kids on the block in the Atlanta rotation, and he's enjoyed facing the Mets in the last three years of his career. In that time he's had 3 starts, 2 wins, and an ERA of 1.62 against the Mets. The only guy in the Mets lineup who might give Stults pause is John Mayberry Jr, who is 4/8 off Stults with 3 doubles. The Braves will face Jonathon Niese, who holds a 4-4 W/L mark against the Braves in the last 3 years. Several guys in the lineup enjoy hitting Niese, such as Jonny Gomes going 5/9, Kelly Johnson going 4/11 with 3 walks, and Chris Johnson going 7/21 with 2 doubles. It should be an interesting matchup that favors the Braves if Stults pitches well.

Game two pits the second start of Julio Teheran against Dillon Gee. In his first outing, Teheran posted 6 innings of work with only one run allowed, but he gave up 8 hits and a walk. With a WHIP at 1.50 that's simply too high, and he was bailed out by the bullpen when he got himself in a bases loaded, no out jam. I'd like to see him lower the baserunner totals against the Mets, a team he's unfortunately had average results against in his career. Dillon Gee hasn't started yet, but he's dominated the Braves over the past few years. In 2014, Gee went 2-0 against Atlanta with a 1.98 ERA. The new faces in the lineup also really struggle to hit Gee with only a .205 combined team average. I think this matchup favors the Mets.

The final game, and likely the rubber game of the series will be Alex Wood vs. Bartolo Colon. It's the classical battle of age versus beauty. Or young versus fat if you're feeling uncharitable. Colon beat the Nats 3-1 in his first outing, Wood beat the Marlins 12-2 in his. If you watched Woody pitch though, he was really laboring to get through what was essentially a gimmie win. I want to see Alex try less to pitch for strikeouts, and be aggressive rather than nibbling at corners. He runs his count up too fast the other way. Colon confounded a lot of teams last year on his way to a 15-13 record with the Mets, but he doesn't confuse the Braves. In fact, guys like Freeman have a .600 average off him in 10 ABs, and Jonny Gomes is 7-18 with 2 jacks. I expect Colon to run a lot of junk out there, and the Braves to make him pay. If Wood can settle in, this should be a good one for the Braves.

The CPA (Current Prediction Algorithm is back to predict games. Remember that the CPA works off existing data, so in the month of April it's working off some historical data rather than current year. That means I expect it to get more accurate as things progress. We'll see how that goes. This year I'll be doing winner predictions and by how many runs. Then I'll track the results. Go Go Spreadsheets!