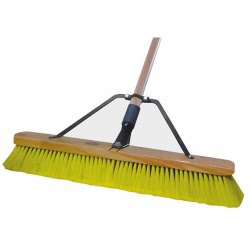 I never thought we'd see this guy again. A triple sweep? The industrial sweep twice in a season? My lordy, we're on fire! Ten games in a row, and 12.5 games up in the standings! The Braves are trying their best to put this thing on ice in August. Since the Nats are next on the hit list, perhaps they can really put foot to throat with a good road series in Washington.

How did they do it in Philly with a smattering of young pitchers against the likes of Lee and Lannan? Hitting of course. The Braves put another 15 runs across the plate over 3 games, and that was enough to get the sweep. The Phillies only touched up our guys for 9 and that wasn't good enough to do anything. Even though game 2 went to 12 innings, I never felt like we were out of any of these games at any point. Maybe during Game 1 when the Phillies were up 2-1 going to the 5th I was kinda thinking about it, but then we scored 5 runs to really put that to bed.

I'd rather look at these games as a whole than individually. Especially because the Braves won them all in a pretty similar fashion. In games 1&2, the Braves put a crooked number up in the 5th to take the lead, and in Game 3 they just started the onslaught right from the first pitch in inning 1. Chris Johnson only went 4-11 so he's probably furious with himself. However, the big surprise this weekend was Justin Upton. A 4-13 series may not sound like much, but he also took several walks and plunked 2 homers to boot. That's the kind of production we haven't seen since April. Anybody looking at Justin's swing right now could tell you one thing: it looks right. That's a simple analysis but it's the most important for a guy that's struggled with injuries and setbacks.

Fredi also did the unthinkable this series and put BJ right back into the game when he came off the DL. I'll be honest, I never saw that coming, but I should have. My own advice a month ago was that as long as we had a huge lead, BJ would be playing in CF. Guess what? We have a gigantic lead. That means he's gonna play. Get over it now, because it's not changing. And to BJ's credit, he went 3/9 on his two games played. Honestly, we've seen much much worse. Plus he was robbed a homer in game 3 by the stupid replay rules. You know how umps get better at replay? When they look at it more often than just random boundary calls on homers. They even get those wrong at this point. You think Ed "Gunz" Hoculi of the NFL refs gets a homer call wrong? Please. Dude's got a PHD in replay at this point.

What else can I say? It's getting redundant as the Braves go on a tear. We win, they lose. Let's keep that going as we head to the Nats house to make their Natitude a little Saditude.