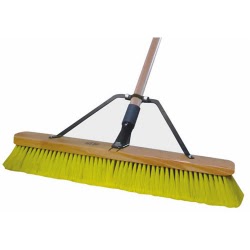 I needed a bigger broom for a triple sweep. Especially against the Nats. WE'RE INDUSTRIAL SIZED NOW! So, in our wildest dreams about this team, we couldn't have predicted the Braves would pull off a streak like this at the beginning of the season. And yet, here we are, with a chance to take it ever further against the Royals at home. What can you say about a team like the Braves with timely hitting and the league's best pitching? Maybe the same thing we're all thinking about now. Division winners and possibly more.

Game 3 gave Washington a Nattitude adjustment (thanks for that one Jim Powell). From the first pitch, you had a feeling that the Braves were going to put the wood to the Nats. BJ came up there and laced pitch one for a double to help end his slump. In fact, he went 3/5 in the game. Also, CJ went 4/5 with 2 RBIs. That kid is a blazing inferno at the plate. He's now batting over .400 on the season, and slugging .514. Justin gets a homer, Simmons gets a homer, BJ gets a double, Gattis gets a double, and Heyward gets a double. It was a 9-0 crushing beatdown of the Nats. I guess Jayson Werth isn't as cocky as he was before. He was quoted as saying that the Phillies, not the Braves, were the bigger threat to the Nats this season. "Yeah, the Braves got the Upton brothers," Werth said. "But they lost [Martin] Prado and Chipper." Very good Mr. Werth. You can add and subtract. See if you can add up how many runs you lost by in this last series.

Was the pitching good? Only if you think Maholm going 7.2 innings with no runs and only 4 hits was "good." Personally, I think he has to go 9 innings for a shutout before we give him any kudos. I mean not allowing a run in 3 games is alright, but we expect more Paul. Much more. Toss a perfect game and we'll talk. Ok, maybe I'm not totally serious. He was pretty outstanding. Plus, Avilan and Gearrin racked up another set of scoreless innings. How did Gonzalez do? I guess we ruined his day with 5 innings, 7 runs, 7 hits, 3 walks, and 2 homers. Tough luck, Gio. Maybe you should quit talking to yourself like a lunatic on the mound.

So who is the MVP of the series. That's a tough call. So many people did so much right in this set of games. I think I'm going to have to go with Ramiro Pena. His homer and bunt to help win game one was enormous, and then he follows it up in game 2 with a 2/3 day with a walk. The dude is now batting .412 on the season with a slugging percentage of .647, and he's a backup. So kudos to you, Mr. Pena. I hope to see more great things from you off the bench as the season goes on.

Tuesday we face the Royals at home. I'll have a series preview up tomorrow on my off-day from work. The best news is that today is the 15th. No more taxes, no more books, no more client's dirty looks. Freedom. FREEEEEEEDOOOOOM!