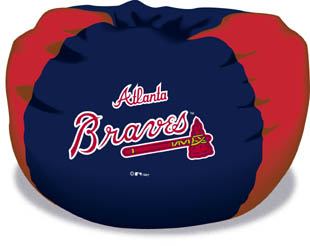 Welcome to Braves by the Numbers blog! Feel free to plop down on your Atlanta Braves beanbag chair that I know you all have in your basement. That's right, it's a new Atlanta Braves season, and we're all very anxious to "move forward" as Freddy G so often tells us. Honestly, I can't remember what we are moving forward from. I believe that my memory will not allow me to remember what happened last year in order to save the remaining parts of my sanity. I'm pretty sure we won the division again. Yep, that's exactly what happened. No, I won't look at the standings. Shut up.

Anyway, delusions aside, I've been waiting for this week for well over 2 months now. Spring training is all well and good, and college basketball can provide a nice distraction every now and then. The NBA plain sucks so don't bring that up. However, all the waiting is about to be over, and we're about to throw the first pitch of a new season tomorrow. Except that for some reason the Braves don't play tomorrow, and we already threw the first pitch to the season in Japan for some god awful reason. I'm just going to pretend those Japanese games didn't happen because nobody actually saw them. Really. Nobody. I think the first pitch was at 3AM local, and the game was between two west coast teams that won't make the playoffs, and it wasn't actually on any TV network. Nice kick in the ribs to our Japanese fans there MLB. At least you didn't send over the Orioles.

For those that wonder what this blog is going to be about, I will be using it to provide you, the avid Braves fan, deeper insight on the game through statistics, trends, and the all important eye-test. You see, I watch every game. I'm a CPA by trade, and numbers are my life. It seemed only natural to combine these two efforts into one blogging superpower, so I did just that. The name comes from a suggestion by John Kincade of 680 the fan, since I email both his show and Chuck and Chernoff quite frequently. You would know of my emails there by my name "Ben the CPA."

So when you come here, you can expect two things out of me. On the one hand, I have the coldly rational side of my mind that deals with the stats, and makes predictions and projections based off data. On the other hand you have my completely irrational fandom that wanted to trade Dan Uggla last year because he couldn't hit the broad side of a barn, and still dislikes Jason Heyward because he got picked off that one time last season at first base when he was pinch running in a game. I didn't know you could screw up that badly, but he proved me wrong. I'll forgive him if he hits .300 this year.

Here's to a new season, Braves fans! Let's start a new streak of division championships with 2012.