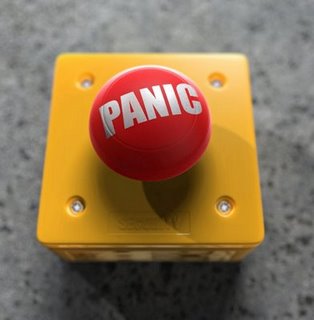 Another game, another bad loss. This one hurt a little more than the Mets series because we started off so well, only to watch it slide away in an 8-3 shellacking. The truth is that we got completely derailed by a series of 3rd inning screwups, and the blame this time falls on our new 3B acquisition Francisco. He just has to own his mistakes, and move on. He'll never make two errors on the same play in his life again.

I'm getting several questions from my friends and family asking me if it's time to panic. The answer, in short, is no. We're probably going to lose 70 games over the course of a season if we make a playoff run. The problem is that you don't like to start poorly, but it happens. Are we the worst team in the National League? Currently, yes we are. Will we be at the end of April? I seriously doubt that. The Mets are 4-0 and the Phillies are 1-3. If that doesn't tell you the entire NL East is upside down right now, I don't know what will. So, there's no need to panic yet. However, if we lose to Houston's worst pitcher with our Ace on the hill, I will dial up my personal panic meter to 6 out of 11. Why eleven? Because my panic meter goes to 11, baby! That's why!

What can we take away from yesterday's game? I'd say the positive is that we started the game very strong at the plate. Pastornicky came through in a two out rally situation with his first RBI of the season, and Beachy managed to help his own cause with a squib shot that nobody could field. Heading to the bottom of the 3rd, we were leading 3-0, Beachy had given up no hits, and the fans were seeing light at the end of the tunnel.

Then, the errors happened. There are two things you absolutely cannot do if you want to win baseball games at the MLB level. You can't put the leadoff man on, and you can't give teams extra outs. We did both during the span of that game. Also, if our starters can't get through the 6th inning all year long, we will never be competitive as a ball club. The worst part about the 3rd inning was that we got out of it tied, but it sucked all the momentum out of the ballpark. I seriously question the mentality of our team when things start to go wrong, because it seems like the entire lineup goes into a funk at the plate.

Case in point, after all the errors in the 3rd, the Braves didn't get another hit in the game until Prado singled in the 8th. That was the only hit in the game for us after we gave up the lead. Everyone on the team just sort of gave up. I'm not saying we quit, but as much as hitting is contagious, NOT hitting is just as viral. And the Braves lineup had a bad case of the ball-blind flu.

Some interesting/depressing stats about the season thus far. In the MLB, Braves are 26th in fielding, 25th in total ERA, dead last in opponent batting average, 26th in offensive scoring, 28th in team batting average, 28th in slugging, and 26th in home runs.

Also, you may see Michael Bourne on milk cartons soon if he doesn't get a hit. He's been missing for a few games now, and his parents are starting to get worried. If you see him around town, please let him know that we are thinking about him and want him to come home safe.